How to Keep Pounds Off for the Long Run 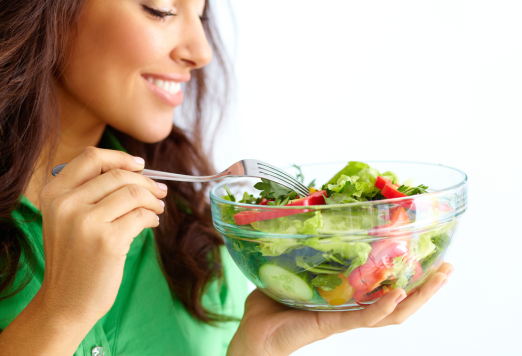 If you’ve ever dropped pounds and then tried to maintain your lower weight, you’ve probably blamed yourself when the scale started creeping back up. Well, emerging research shows that faulty willpower is not the main culprit. “Multiple systems in your body conspire against you in a push to regain lost weight,” explains Michael Rosenbaum, MD, an assistant professor of clinical medicine at Columbia University Medical Center and a top obesity researcher. After you’ve slimmed down, your brain, muscles and hormones work together to slow down your metabolism, so you naturally burn hundreds of fewer calories each day.

In fact, Rosenbaum’s research reveals that people who’ve lost weight require about 400 fewer calories per day to keep the scale steady compared with people of the same weight who never went through a slim down.

Lose the weight for good

Fortunately, there are proven ways to counteract these pound-hoarding tendencies. “It’s not a losing battle,” stresses Holly Wyatt, MD, associate director of the Anschutz Health and Wellness Center at the University of Colorado, Denver. “You can keep the weight off for the long run.” By analyzing data from the National Weight Control Registry (NWCR)—a database of more than 10,000 people who have lost at least 30 pounds and kept them off for a minimum of one year—experts have discovered strategies that work, many of them quite different from the ones that help take off pounds in the first place. “Losing weight and maintaining it are really two different animals,” Dr. Wyatt notes. Mastering the art of maintenance is the key to making sure your goal weight turns into your new normal.

Success secret #1: You have to move every single day

“The most successful dieters simply move more,” Dr. Wyatt says. “When you’re active, you’re fighting your body’s tendency to keep the weight from returning.” Ninety percent of the NWCR’s success cases exercise about 60 minutes a day on average. Being very active goes beyond just burning calories. Exercise also triggers helpful biological systems: Hormones like epinephrine and adiponectin that cut down on your fat stores kick into high gear, actively incinerating flab up to 24 hours after your workout. Plus, “When you’re more active, you feel better about yourself and you make better food choices and avoid couch-potato behavior,” Dr. Wyatt says. And as recent research from Stanford University School of Medicine shows, good habits truly reinforce each other. People who focused on changing both diet and exercise habits were significantly more likely to get in their regular workouts and to follow healthy eating plans than those who focused on either diet or exercise separately.

How to get moving more

If you don’t have time for a full hour of exercise every day, it’s fine to break it up into spurts of activity. Doing 10 focused minutes here and there throughout the day is effectively equivalent to one big workout, according to the American College of Sports Medicine. Try using a tech tool, like the Nike+ Fuel Band ($149; nike.com) or Jawbone UP ($130; jawbone.com), to keep tabs on how many calories you’re burning throughout the day, then challenge yourself to maintain or go beyond that amount by climbing a few additional flights of stairs or doing some extra laps around the office. You can get the same type of data through your smartphone with such free apps as Endomondo Sports Tracker.

There’s an unfortunate side effect of losing weight: You tend to lose lean muscle along with the flab. (This can also happen if you always skip the weight training in favor of cardio.) Since muscle burns more than twice as many calories as fat (7 to 10 calories for a pound of muscle compared with 2 or 3 calories for a pound of fat), the more muscle you keep, the higher your metabolism will be. Recent research finds that doing resistance training—using weights or just your own body weight—a few times per week can increase the number of calories you burn even at rest by 100 a day or more. This is important if you are going to maintain your new lean profile: In a study from the Centers for Disease Control and Prevention, twice as many people who did regular strength training lost weight and kept it off compared with those who didn’t.

You don’t have to make like a bodybuilder to get stronger. Sneak simple body-weight moves, like squats, push-ups, lunges and dips, and even strength-building yoga poses (think Warrior 2 or Chair pose) into your routine a few days a week, whether it’s a set of each in the morning before your shower or a pre-dinner circuit. You’ll hit all your major muscles in just a short workout. For instructions on body-weight moves, go to health.com/strengthplan.

It’s well-established that following a Mediterranean diet—which is high in fresh fruits and vegetables, whole grains, beans, legumes, nuts and healthy fats like those in fish and olive oil—is good for your heart, but it turns out it may also be vital to fighting the metabolism slowdown that follows weight loss. A study from Harvard University shows that eating this type of food, which is low on the glycemic index (a measure of how quickly certain foods are digested and how much they make your blood sugar spike), can help keep energy levels elevated, so you naturally burn about 20 percent more calories over the course of a day than you would following a low-fat diet.

Make Mediterranean work for you

“Eating Mediterranean eliminates those wild swings in blood sugar that can ultimately undermine your metabolism,” says study author David Ludwig, MD, director of the New Balance Foundation Obesity Prevention Center at Boston Children’s Hospital. The best part: It’s not a diet, but rather a balanced, realistic way of eating, which makes it, as Dr. Ludwig says, “easy to follow for the rest of your life.”

Success secret #4: Your scale is a weight-loss weapon

Regular weigh-ins may have been a mainstay when you were in reduction mode, but this habit is just as critical after you’ve hit your goal. National Weight Control Registry research found that dieters who stopped using the scale as a check-in tool gained back two times as much weight as those who kept monitoring their size. “You can’t stay in a healthy range if you don’t know what your numbers are,” Dr. Wyatt points out.

Numbers don’t lie, so establish a “red zone”—a weight you find unacceptable. If you reach that number, or slip above it, it’s time to go back to some of the stricter diet controls (such as cutting down on calories and measuring out proper portions) that helped you downsize in the first place. “Most people naturally fluctuate by a few pounds here or there, but if you notice your numbers creeping above your red line, you have to snap back into active weight-loss mode,” says Dr. Wyatt. When you get back to your “green zone,” you can relax…a bit.

Success secret #5: That rumor about breakfast being crucial is true

If you’re tempted to start your day with a cup of coffee and nothing else, consider thisfact: 78 percent of the thin-for-lifers from the NWCR group rarely if ever skipbreakfast. And they make it a hearty one. “Most people simply don’t eat enough atbreakfast time,” says Angela Lemond, RDN, a nutritionist based in Plano, Texas, and aspokesperson for the Academy of Nutrition and Dietetics. “It’s a meal, not a snack, soeat up.”

For a woman who is moderately active (exercises 30 to 60 minutes three times a week), your breakfast should be between 300 and 500 calories and rich in protein. Research from the University of Missouri–Columbia found that folks who ate about 35 grams of protein at breakfast felt fuller longer and had fewer cravings, making them much less likely to snack on high-fat or high-sugar foods later in the day. Try oatmeal with fat-free milk and some eggs on the side, or a bowl of Greek yogurt with nuts and fresh fruit. Then follow up with a mid-morning snack and a relatively early lunch.

“About 50 to 60 percent of your calories should be consumed by 2 p.m.,” says Lemond. “When you front-load your day, you get a better energy balance, which helps you ultimately make better choices.” Jumpstart your day with one of these High Protein Breakfast Recipes.

Success secret #6: Trying to eat perfectly is a recipe for failure

The occasional indulgence does more than just keep you sane—it keeps you slender for the long haul. “Being too rigid about eating healthily means eventually you’re much more likely to go off track,” points out J. Graham Thomas, PhD, assistant professor at the Weight Control and Diabetes Research Center of the Miriam Hospital inProvidence, R.I., and a member of the research team for the NWCR. “Having a more flexible approach, which allows for the occasional indulgence, ultimately helps you control your weight better over the long term.”

Since life would be pretty boring if you could never have that side of fries, keep the bulk of your diet well-balanced but allow yourself occasional goodies. “I call it the 80/20 rule,” says Jennifer McDaniel, RDN, a spokesperson for the Academy ofNutrition and Dietetics. “Eat healthy the vast majority of the time, and you can still have room for those treats.” You get the brownie and the buff body. Who can argue with that?